Skip to content
Breaking News
Manchester City’s Depth for 2022/2023 Season after Huge Signings in the Transfer Market Ethics vs Medical Law: Addressing A Growing Medical Dilemma Importance of Nurses and Nurses Code of Ethics Public Health: What’s Societal Support Got To Do With Your Health Surviving an Excruciating Sickle Cell Crisis: What Are the Options for the Embattled?

This article will discuss ethics vs medical law which has been debated by many people. This knowledge is important for doctors and nurses to behave appropriately in dealing with patients.

One finds it very hard to put a hold on the meaning of ethics. In fact, some years back, a research survey conducted by Sociologist Raymond Baumhart, on asking business people “what does ethics mean to you?” revealed a varying amount of response.

While some of the candidates couldn’t quite say much about ethics; the survey reveals that a good number of them tended to equate ethics with their feelings –a certain sense of inner conviction as to what is right or wrong.

However, facts with regards to ethics gives the notion that, even though human feeling goes a long way to form the backgrounds of the concept, being ethical has very little to do with feelings.

This article aims to address the growing concerns that many doctors and medical practitioners face in relation to the dilemma that the conflict between ethics and the law poses for the smooth practice of their profession.

Readmore: 10 Health Benefits of Ginger You Should Know About

In an article titled “Medical Ethics”, Dr. Roger Henderson refers to ethics in relation to the medical community as involving “…the application of a moral code to the practice of medicine”.

This definition per se hints at a medically revised insinuation of the golden rule: treat the patient as you would wish to be treated yourself.

Although, Dr. Henderson candidly states that following such tenets blindly could well lead doctors to finding themselves on the wrong side of the law; it however begs the question as to whether there are hidden clauses to the so-called “Moral Code” that these doctors and medical practitioners are supposed to be applying to their practice. And if so, then of what essence is the Moral Code anyway?

Since the wake of the 21st century, medical and social ethics have advanced and have hitherto being rebranded; more so, to an extent that doctors and other medical practitioners are likely to be faced with controversial issues on a regular basis.

Dr. Henderson writes that “every clinician must keep up-to-date on current legislation and ensure that they practice within the law and within the guidelines laid down by their professional body”.

This might very well be a good approach to not straying past the confines of the law that governs a medical profession, but it is worth noting that most times, being ethical is not the same as following the law.

According to an article on ethics from the Markkula Center for Applied Ethics, Santa Clara University, California, written and developed by Manuel Velasquez, Claire Andre, Thomas Shanks, S.J., and Michael J. Meyer, it reveals that: laws, like feelings, can deviate from what is ethical; although such laws often incorporates ethical standards to which most citizens subscribe.

Two obvious examples come to mind as regards this deviation in all its grotesqueness: the pre-civil war slavery laws of America; and the old apartheid laws of present-day South Africa.

These two examples reveal prolific laws of such times that were anything but ethical. And since ethics and ‘Moral Code” are basically inter-related, it would appear that the true argument lies basically on whether there is a limit to morality in practicing medicine or more succinctly, at what point is say, a doctor supposed to keep morals aside and stick to the confines of the law?

Doctors and medical practitioners are human beings. Hence, faced with certain situations and dilemma they are susceptible to making mistakes or even better making life-saving value based judgements. However, the more one considers the conflict between ethics and the law, the more it becomes clear that in the overall basis of things, one very much champions the other.

According to Wikipedia, “law is a system of rules that are enforced through social institutions to govern behavior”. And as earlier pointed out, most laws incorporate ethical standards but nevertheless, majority of laws are not so much bounded by such a factor as ethics.

Therefore, with respect to the practice of medicine, although some actions and decisions taken by a doctor might appear to be ethically sound; such reasons might hold very little substance in the eyes of the law.

Many might have heard of the Hippocratic Oath, an oath of ethical professional behavior sworn by new physicians. Although the oath is very much a vital part of the statutes that most doctors abide by, it is however not as compulsory as a lot of people may think.

A summary of the ideals and the Hippocratic Oath is given below:

Let us for argument sake take a better look at the third summarized rule of the Hippocratic Oath. It states: Not to assist suicide or abortion.

Keeping the issue of suicide apart, abortion still stands as one of the foremost moral dilemmas that rock the hinges of today’s society. So many research findings, expert opinions, debates and basic prejudicial opinions have been thrown around with respect to the moral justifiability or reprehensibility of abortion.

While most often, it is the women involved that have to deal with the choice consequences, many doctors often find themselves in the cross-fire, either for their participation or non-participation of the act; be it surgical or prescriptive.

Boldly, the Hippocratic tenets that a host of these doctors stand by, blatantly oppose performing any abortive procedure. In fact till date, abortions are illegal in most African and South American countries.

And although, the abortion act 1967 states on what grounds an abortion is allowed to be carried out, very few of these countries have policies upholding such acts.

So, you often find in such countries a lot of doctors basically juggling between getting to save a person’s life and risking such a life just to be on the right side of the law that are often with very strict consequences.

Read more: Surviving an Excruciating Sickle Cell Crisis: What Are the Options for the Embattled?

Is There a Possible Resolution?

The case of abortion is just one of the most commonly faced dilemmas that bring to light the conflict of medical ethics in relation to the law.

The law understandably varies from place to place, no doubt; but often so does ethics. When it comes to the medical world the conflict becomes one that often sets a patient’s life in the balance.

Not much has been done to address this growing conflict most especially in the developing world and a deeper insight into the basics behind the two concepts leads to the tumultuous question: what exactly can be done?

A patient’s life is precious; and this is no doubt one of the basic ideals of the average medical practitioner. But at what point does such an ideal take a back seat in comparison to upholding the law?

In reality, both concepts cannot do without the other, so certainly finding a balance of compromise might just be the first of steps to take in curbing the conflict where human life is involved.

Public Health: What’s Societal Support Got To Do With Your Health 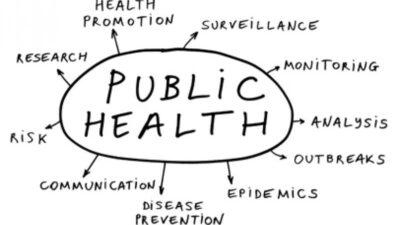 Public Health: What’s Societal Support Got To Do With Your Health

Health is more than not being sick. Health is a resource for everyday living. It’s…